I’d love to write a book. I’ve written a children’s book (not published…yet) and would love to write a full-length book for adults. The process seems daunting so I thought I’d try my hand at just writing Chapter Ones. If I write enough passable Chapter Ones, who knows, maybe I can publish those, although it does occur to me what a terrible tease that would be, never knowing what happens next!

Here is my first attempt at a Chapter One. 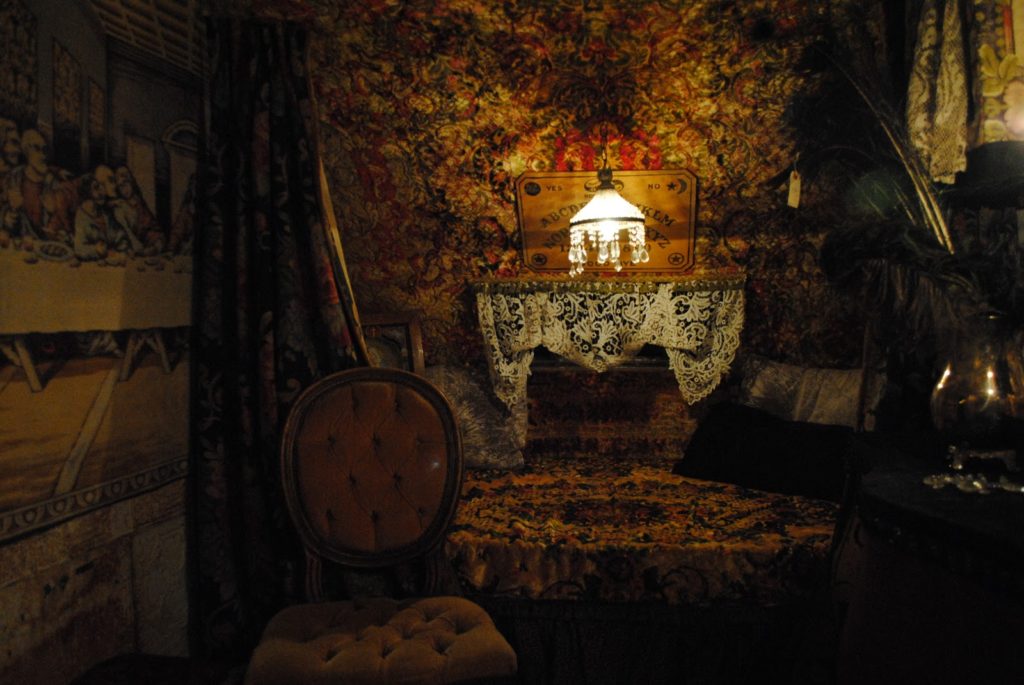 The din of the carnival barkers hushed as the black velvet curtains slid closed behind her. Their movement releasing the long-trapped scents of the seaside; salt, rancid fat from the fish and chip fryers, the sickly-sweet smell of spun sugar. She could hear the muted screech of seagulls far above the tent, the familiar soundtrack for any village by the sea.

She giggled nervously as the gypsy beckoned her towards the table, the weathered tarot cards waiting to dispense their truth, if that’s what one believed they dispensed. She wasn’t sure. She had entered the gypsy’s tent on a lark, half expecting to retreat before anything was set in stone but she felt herself being drawn inside, magnetized by the promise of truths that lay waiting.

She thrust the crumpled five pound note onto the table and watched as a bejeweled finger slid it out of sight. Cigarette smoke curled upwards, as if it too were entranced. She coughed quietly, not because she needed to, Lord knows she could murder a cigarette but because she wanted to hear her own voice, to know she was, in fact, still present.

Without ceremony the gypsy took up the cards and shuffled them easily. She offered the cards and nodded. Annie panicked, looking around as if the answer to what the gypsy wanted was stitched into the rich fabric of the tent. The gypsy nodded again and tapped the deck with a yellowed finger, a finger stained by a thousand cigarettes. Annie was ashamed that her hand should tremble, here before this carnival gypsy, no doubt a charlatan who would lick her lips when later she would fondle Annie’s five pound note. Annie cut the deck, as instructed, then clasped her hands beneath the table to hide their ridiculous trembling.

The gypsy laid the first card down and clucked, nodding knowingly. Each card that followed appeared to answer some question etched across the gypsy’s brow. A few cards were upright, a few upside down. The images frightened Annie simply because she did not understand them. The figures on the cards seemed to writhe on their cardboard backings as if they were trying to escape the world they had been forever painted into.

Annie looked up abruptly. She had expected a voice that would sound like fire, a voice born out of smoke and thievery. This smooth and gentle voice unsettled her. It was the voice of care and reason. A nurse’s voice, a librarians voice that might suggest a nursery school book for her daughter. A trustworthy voice.

“Your daughter” the gypsy repeated and this time she sounded far away, as if she too had been painted into the cards and had to strain to make herself be heard.

“Your daughter has a pearl in her head”

The statement, for that is undoubtedly what it was, sounded final, as if the cards were now exhausted and had no more left to tell.

Which card so poetically foretold the future that day? Was it The Fool or The Devil?

The gypsy closed her eyes and sighed taking up the cards so they could once again be whole and my Mother left the tent wondering if her money had been well spent.