When anyone asks how I spent the Summer of 2017, I will happily report that I spent the Summer obsessing over the new season of Twin Peaks. I looked up the definition of obsess and found a few synonyms that describe my current Twin Peaks fascination perfectly; bedevil, beset, haunt, consume, plague, torment, hound, preoccupy, rule, control, eat up, prey upon. It’s actually a wonderful state to be in and I thank you Mr. Lynch! 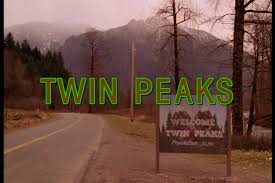 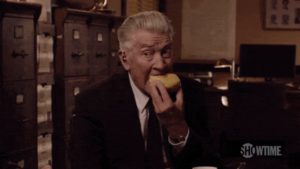 The much anticipated sequel, what could it be? There are numerous candidates (is there a specific sequel you are hoping for?) The sequel is, The War I Finally Won by Kimberly Brubaker Bradley. 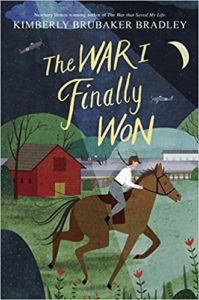 I lifted this description straight from Penguin Random House where the book and the audiobook (narrated by yours truly) is reported to go on Sale October 3rd.

Like the classic heroines of Sarah, Plain and Tall and Little Women, Ada conquers the homefront as her World War II journey continues in this sequel to the Newbery Honor–winning The War that Saved My Life

When Ada’s clubfoot is surgically fixed at last, she knows for certain that she’s not what her mother said she was—damaged, deranged, crippled mentally as well as physically. She’s not a daughter anymore, either. What is she?

World War II continues, and Ada and her brother, Jamie, are living with their loving legal guardian, Susan, in a borrowed cottage on the estate of the formidable Lady Thorton—along with Lady Thorton herself and her daughter, Maggie. Life in the crowded cottage is tense enough, and then, quite suddenly, Ruth, a Jewish girl from Germany, moves in. A German? The occupants of the house are horrified. But other impacts of the war become far more frightening. As death creeps closer to their door, life and morality during wartime grow more complex. Who is Ada now? How can she keep fighting? And who will she struggle to save? 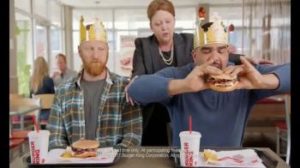 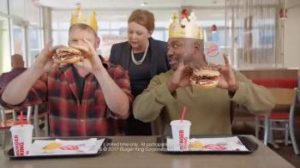 Keep your elbows off the table. Chew with your mouth closed. Please may I leave the table? Pardon me for being so rude, it was not me it was my food.

Ahhh yes, the rules from childhood that still ring in my head found an outlet in a few commercials for Burger King.

*click on the pictures above to watch the adverts

Last, but definitely not least, I spent a wonderful hour last week speaking, remotely, with patrons of the Colorado Talking Book Library. We discussed, The War that Saved My Life by Kimberly Brubaker Bradley. It was a wonderful conversation full of insight, depth and heart! This book continues to touch readers and listeners alike and I feel so very very fortunate to be involved.

Drop me a line if you’d like, I love to hear from people who pop by.